Pen Green Centre in Corby is Tes school of the year Among the decorations on the wall of Pen Green Centre in Corby, is a photo of a smiling child plucking a dead pheasant.

“That’s Archie*,” explains Angela Prodger, joint head of centre. “He was interested in snails and insects and we found out he helps his dad prepare pheasants. So his dad offered to bring some in.”

With all permissions in place, the activity went ahead, with other children learning about poultry from Archie-the-expert.

It is an activity that demonstrates the belief on which Pen Green’s long-standing success has been built – and which has led to it being crowned winner of the Tes overall school of the year award 2018 – the belief that a young child does not live in isolation but is part of a family.

At Pen Green, therefore, educating a young child means supporting that family. Not just as professionals handing down advice, but as advocates working alongside families and their children, learning together.

This way of working means children at Pen Green make rapid progress, often from lower than average starting points to leaving for school eager to learn and with excellent behaviour.

The centre began as a local authority integrated service for families in 1983, staffed by a team including a teacher, a social worker, an early years worker and early health practitioner – housed in a former secondary school on an ordinary housing estate in the small Midlands town.

It now comprises a maintained nursery school, a children’s centre, teaching school, research base and has an off-site nursery.

On the way it has become, as one Tes judge put it, a “legend” in early years, with a global reputation.

“Pen Green is characterised by its passion and commitment to meet the needs of every child,” said the Tes judges. “Parents and the local community are deeply engaged in the work of the centre.”

Sandy Morison remembers coming to the centre when he was a child. Now he is a parent and has been dropping in with his son Charlie for the last two years.

Like any child, Charlie loves to go on the bikes and play in the garden – but it is not simple to bring him in to nursery.

Charlie was born with a syndrome which makes it difficult for him to breathe. He has a tube in the front of his throat to help him breathe – and staff have had special training to ensure that he can be left in their care.

“It has been brilliant,” Sandy says. “I don’t know what I would have done without them. As a single parent, it means having respite. And everyone here has a smile, they are all happy. I am a bit worried about Charlie going to school in September. I like coming here to have little chats. I’m going to miss it.”

Early years has a lot to offer the system

The evidence shows children, and particularly disadvantaged children, get a clear benefit from high-quality early education, but many in the early years sector feel their expertise as educators is not recognised – despite Ofsted ratings being proportionally higher than for primary and secondary schools.

“I think early years people have a lot to offer the whole sector,” Prodger says. “We are seen as the poor relation – ‘what do we know?’ But in terms of system leadership we could offer a lot up through the phases.”

She points out the current interest in schools around children’s mental health and working with parents.

“There is a real emphasis on engaging with parents in early years,” she says. “And it becomes less and less visible as you go through the phases of schools. I’m not saying they don’t know how to do it, not at all. But how can we see ourselves as a whole sector and share expertise and knowledge across the phases rather than breaking ourselves into little silos?” 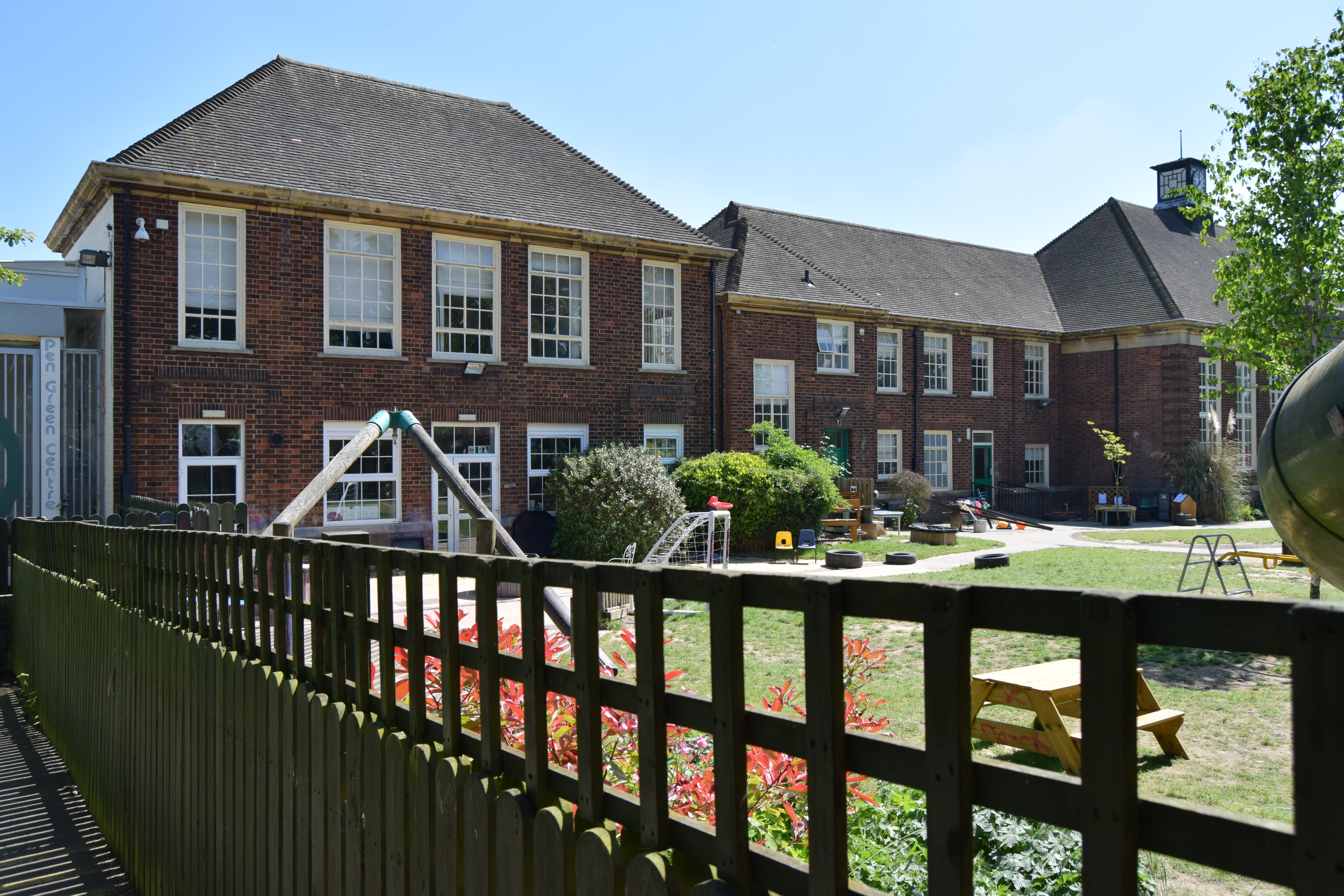 But with changes to funding for both Children’s Centres and maintained nursery schools, Pen Green has had to make redundancies and cut back on the services it offers.

More cuts could have a “catastrophic” impact on families, Prodger says. “If the funding was stripped back to early years funding Pen Green Centre would not survive,” she adds.

And this is in an area where 25 per cent of children aged under five live in workless households.

Tracey Gallagher, who is joint head of centre alongside Prodger, again emphasises the vital importance of supporting not just children but their whole families.

“Recently one of our drop-in workers, sitting at a playdough table with a child, had a parent starting to talk to her about domestic violence in the home. She was able to point her on to services that can help.

“Later, someone else was talking about a child with special needs, and someone else asked her for help with their circumstances. These are deep and meaningful conversations about complex concerns and she can help them – because over the weeks those parents have developed a trusting relationship with that member of staff,” Gallagher explains.

And that support can make all the difference later on.

Sebastian Kraemer, honorary consultant child psychiatrist at Tavistock and Portman NHS Trust in London, visits Pen Green three or four times a year, and describes it as “an oasis of brilliance”.

“I have spent 35 years working with 15-year-old girls who have tried to kill themselves,” he says. “They all had problems going back to early years, you can always trace difficulties back.” 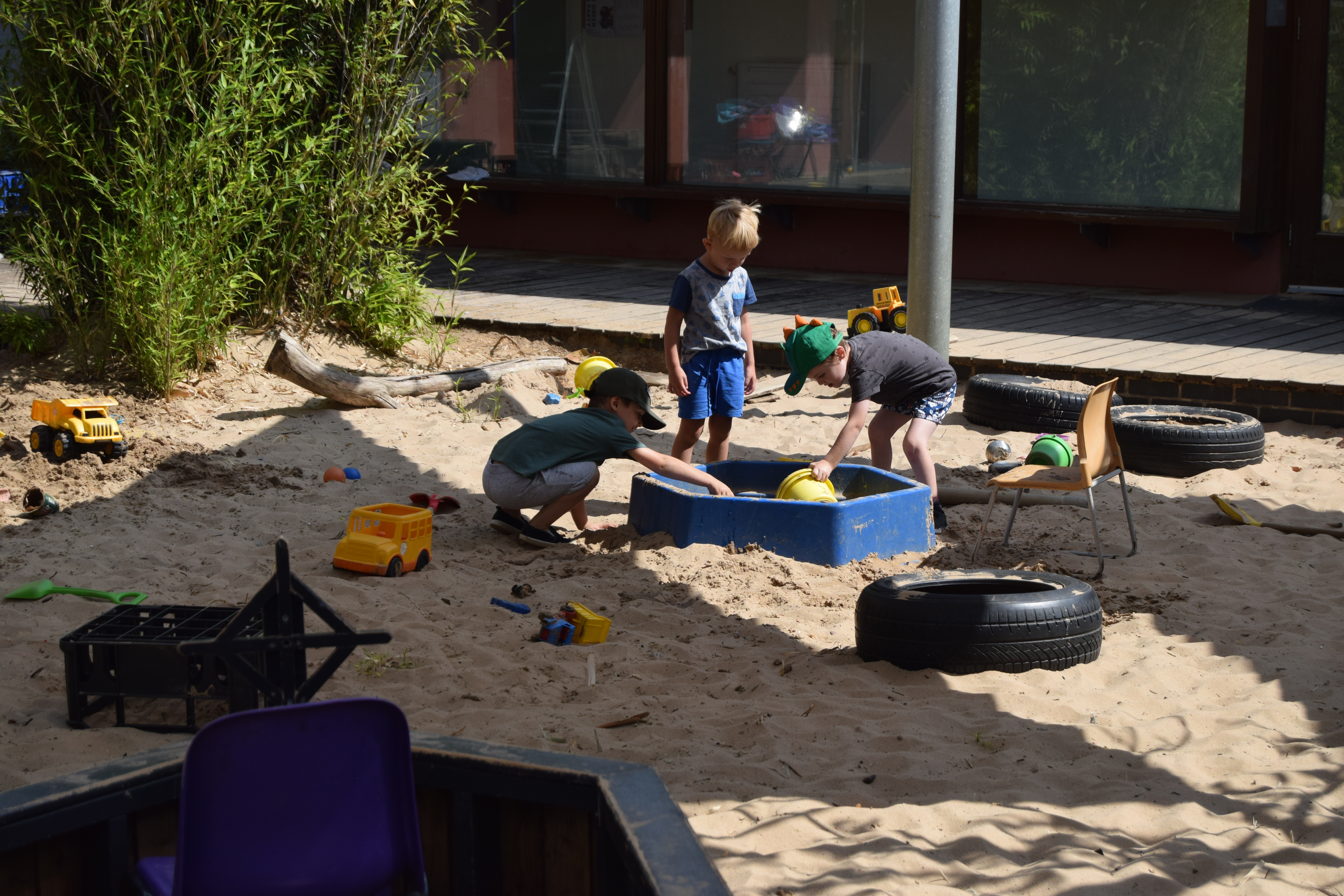 Walking into Pen Green today, with its modern, calm reception area – overlooking “the beach”, a quad filled with sand, a beach hut, digging toys and a boat built by FE carpentry students – the centre is everything a parent would want for their toddler: fun, warm, welcoming.

But it isn’t just parents the centre attracts. It has a commitment to training which has two benefits: helping existing professionals add to their skills through masters level programmes, and also helping parents into work through training in early years at a known and trusted centre.

It also has a research base that is currently involved with an international research project on children’s transitions between early years and school, and which has developed a programme to support staff to carry out action research in their own schools.

The can-do attitude in Pen Green is a huge strength. It reaches out to the community, marketing its services in the swimming pool and supermarkets, listening to parents who don’t know where to turn, supporting children as they learn to read, write or pluck pheasants. And it must be one of a very few, perhaps the only, school that takes four-year-olds on a two-night residential trip to a farm.

And this attitude stems from its inspirational founder Margy Whalley, who retired in 2016. “What we try to do with Margy’s vision over the years, is work truly in partnership with parents,” Gallagher says. “We have open events, home visits, do events at the weekends and in the evenings. We offer lots of ways of reaching out to families. You don’t hear staff saying: ‘Well, I’ve tried’, and they‘re not bothered. You hear staff hear saying: ‘We’ll find a way.’”